A year and a bit ago Chapel St was opened to traffic at Beausoleil without any notification to the surrounding neighbours -read stories here, here and  here. 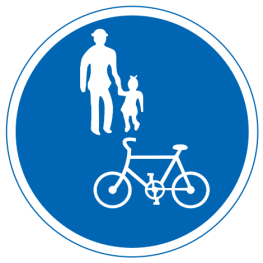 The local community donated time & effort for meetings – including one on the street in a snowstorm – interviews and postings to ensure their voice was heard and finally it was… as covered wonderfully here by the Ottawa Citizen’s David Reevely in his article “A Clever Solution to a Dumb Policy“.

On January 14, 2014 Councillor Mathieu Fleury released an email stating, “staff will convert the opening of Chapel Street at Beausoleil Drive into a “cyclist access only” intersection, as proposed by community members. “ Letter from Cllr Fleury’s office”

Now all this hard work is being threatened again as the developers approach the City for the street to be re-opened. See here the proposal by the developers to the City to re-open the street. Prop to open Chapel at Beausoleil Parsons

The opening of Chapel St in 2014 led immediately to an increase in cut-through traffic from Lowertown, Hwy 5 & the Market to the 417 resulting in a very busy residential street in the heart of our ward that is already afflicted with traffic issues on King Edward, Waller, Montreal Road and Rideau St. There are 3 schools at the junction of Beausoleil & Chapel and opening this junction to greater vehicular traffic buts a key school crossing at risk.

Rideau was recently redesigned with wide driving lanes and without cycle lanes making this route in addition to being a speedy cut-through of the Ward to being a conduit for big vehicles – say trucks.

Now the proposal to build to towers (26 & 27 stories – if last check is still accurate) at the corner of Rideau and Chapel – in total disregard to the Low Rise Main Street vision that the Community worked on with the City on last year – is asking the city to re-open Chapel at Beausoleil as this will “enhance” the cycling and pedestrian experience (cough-cough) and accommodate the trucks that need to access the retail proposed (two large boxstores) at the bottom of the Towers.

Is this an exercise to see who tires first? The elected officials have heard the community speak loudly and clearly on this issue. Let’s raise the roof beams and ask our City, our Councillor, our Mayor and residents to stand firmly and back the inclusive decision made so recently in face of this blatant disrespect for the voices and hard-work of the local community.

Please note the Ottawa City contact to write to is Erin O’Connell Erin.O’Connell@Ottawa.ca

This entry was posted in Local Politics, Uncategorized. Bookmark the permalink.