The Sound of Music plays pitch perfect to its charms

An edited version of this review was published by Apt613.ca

The story needs little introduction, so familiar is the iconic 1965 film version of Rodger & Hammerstein’s The Sound of Music starring Julie Andrews and Christopher Plummer. So the question at last night’s packed opening was could this version begin to approach the crowd-pleasing experience associated to its famous legacy? 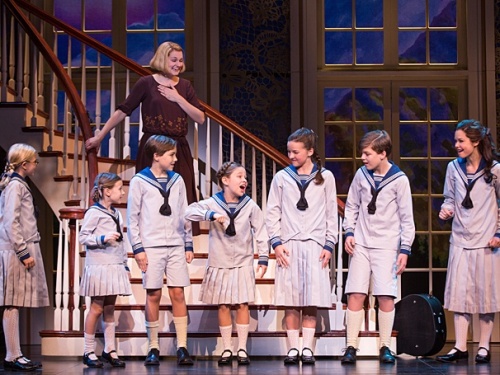 Set in Salzberg, Austria (oddly referred to as Kaltzberg in this production) on the eve of the outbreak of World War II the two-part story is that of would-be nun Maria (Kerstin Anderson) sent away from the abbey to become governess to the 7 children of widowed naval Captain von Trapp (Ben Davis). She ignites a love of music in the singing brood and in doing so turns the head of the Captain whom she marries. The Captain, a vehement opponent to the Nazis, is commissioned to the German Navy leading to the crafty dénouement whereby the family flees the country over the Austrian alps.

The production sticks close to the film version. It is a nostalgic romp through the classics from the opening scene with Maria belting out the title number through the delightful ensemble performances of Do-Re-Mi, My Favourite Things and The Lonely Goatherd, to the show-stopping Climb Ev’ry Mountain and iconic Edelweiss.

Anderson has a beautiful voice, steady and clear throughout, doing great justice to every number though her acting is mildly stilted.  Davis as the Captain on the other hand blends a powerful and accomplished singing voice to a wonderfully all-in performance. Coming up against a role “owned” by Christopher Plummer, Davis injects it with a full-on homage to that version while making it very much his own. His masterful yet playful performance had my companion bestow him the moniker Camptain von Trapp. 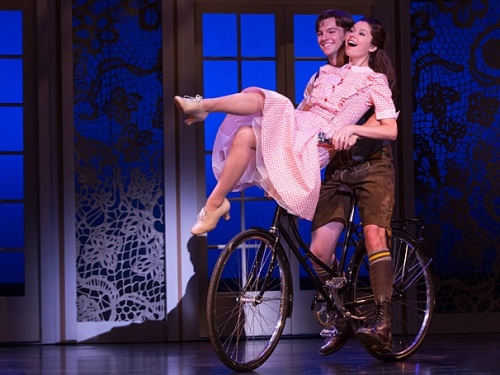 Other stand-out voices were von Trapp children Liesl (Paige Silvester) who delivers a mature and delightful “16 going on 17” and Louisa (Maria Suzanne Knasel) who we wished had more solo moments.

The production is a feast for the eyes with remarkable backdrops and sets. In particular, the wedding scene in the abbey, the sparkling chandelier overhanging the von Trapp mansion and the still-shocking flag backdrop of the music festival.

As the curtain fell on the final act the audience hopped to it’s feet proving director Jack O’Brien has understood and captured the spirit of this musical delivering a production that plays perfectly to its charms.

Broadway Across Canada presents The Sound of Music  at the National Arts Centre until April 17, 2016. For scheduling and ticket information, click here.